A so-called computer ‘glitch’ fix in one of Michigan’s counties has led to 6,000 votes switching from Joe Biden to President Trump.  The Head of the Republican Party has asked for an additional 47 counties be recounted after the fix since these 47 counties also use the same Dominion software.

This in light of the Hammer and Scorecard revelation of recent days, pointing to a Democrat plot to hack and manipulate vote counts in favor of Joe Biden.

A so-called computer glitch has been uncovered in Michigan today and it resulted in swapping 6,000 votes from Joe Biden to President Trump.

UPDATE: Michigan’s #AntrimCounty flipped to a win for #DonaldTrump after an election-software glitch was fixed today. Revised totals now show that Trump won by an estimated 2,500 votes.

Michigan’s GOP Chairwoman, Laura Cox is calling for 47 other counties in Michigan to…

Dominion Software is used in 28 US states including ALL OF THE BATTLEGROUND STATES.

The Dominion software “glitch” ONLY took votes from President Trump and Republicans. 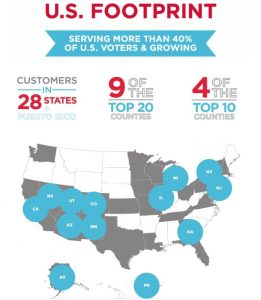 On Friday Trump Attorney Jay Sekulow told Sean Hannity that following the news that the flawed Dominion software was stealing votes from President Trump that 30 states may be forced to do hand recounts!

.@RealDonaldTrump lawyer @JaySekulow: Manual recounts may be required in 30 states after report of computer program “glitch”…