The FBI’s subpoena of a laptop and hard drive purportedly belonging to Hunter Biden came in connection with a money laundering investigation in late 2019, according to documents obtained by Fox News and verified by multiple federal law enforcement officials who reviewed them.

It is unclear, at this point, whether the investigation is ongoing or if it was directly related to Hunter Biden.

Multiple federal law enforcement officials, as well as two separate government officials, confirmed the authenticity of these documents, which were signed by FBI Special Agent Joshua Wilson. Wilson did not immediately respond to Fox News’ request for comment.

One of the documents, obtained by Fox News, was designated as an FBI “Receipt for Property” form, which details the bureau’s interactions with John Paul Mac Isaac, the owner of “The Mac Shop” who reported the laptop’s contents to authorities.

According to multiple officials, and the FBI’s website, “272” is the bureau’s classification for money laundering, while “272D” refers to “Money Laundering, Unknown SUA [Specified Unlawful Activity]—White Collar Crime Program,” according to FBI documents. One government official described “272D” as “transnational or blanket.” 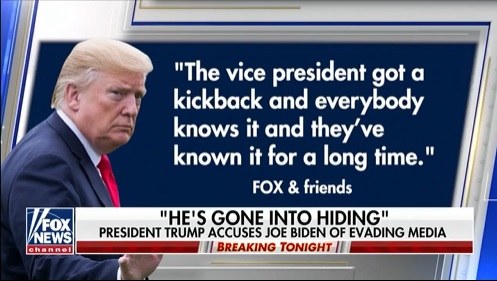 The documents state that the subpoena was carried out in Wilmington, Del., which falls under the jurisdiction of the FBI’s Baltimore Field Office.

“The FBI cannot open a case without predication, so they believed there was predication for criminal activity,” a government official told Fox News. “This means there was sufficient evidence to believe that there was criminal conduct.”

Another document, obtained by Fox News, was a subpoena sent to Isaac to testify before U.S. District Court in Delaware on Dec. 9, 2019. One page of the subpoena shows what appears to be serial numbers for a laptop and hard drive taken into possession.

Based on the date of the subpoena, an official told Fox News that the case would have been opened prior to Isaac’s subpoena.

“If a criminal case was opened and subpoenas were issued, that means there is a high likelihood that both the laptop and hard drive contain fruits of criminal activity,” the official said.

Fox News first reported on Tuesday evening that the FBI is in possession of the laptop in question.  full story