This amazing report was ignored by the media — until today.

We are republishing this article on The Gateway Pundit with full permission from the author.

We hope to have more to share from John Gouldman in the coming days.

For several years, I’ve been one of the biggest liberal ghost bloggers in the United States. Even more important than that, my family has been behind most of the ‘fake liberal news’ you see on Facebook, with my brother Daniel Gouldman encouraging our mother and father to invest in some of his media ventures. 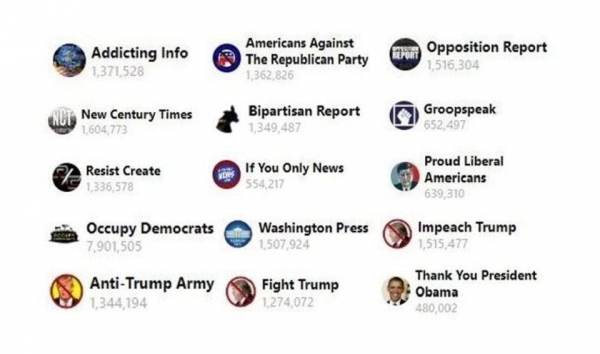 Some background information: Resist Create used to be called US Uncut. The name was re-branded in 2017. This was one of the most well-known liberal pages on Facebook for awhile until activist Ryan Clayton teamed up with my family’s network. If you want to read more about this, Buzzfeed did a relatively informative report about three years ago. The page’s engagement and mission has fallen off completely since changing hands, so it’s really not impressive anymore. Clayton has worked with my brother on a number of political projects.

Bipartisan Report is a venture my brother has with Justin Brotman, the son of recently deceased Costco co-founder Jeff Brotman.

My brother (known as Icarus Verum – his online identity) was also the money man behind the Occupy Democrats operation, personally owning 20% of the business. My brother setup all the business checking accounts at Bank of America, and made sure everyone got paid, including the Rivero brothers who founded it. If there was ever any administrative issue with Facebook, with Occupy Democrats writers or otherwise, my brother would handle it.

The New York Times recently did an article about how they are “beating Trump’s team on Facebook.”

He still takes credit for making them successful. I don’t think that sentiment is entirely accurate, though. He’s more like the Ray Kroc of McDonald’s, but in this alternate universe the McDonald brothers held onto their creation.

The Occupy Democrat brothers operate an extensive network that generates untold millions of video/page views everyday, much more than I can ever lay claim to personally. This has already been reported on to some degree actually (two of the articles I linked to above mention court feuds) – it’s just not talked about a lot in detail. What hasn’t been discussed as much is just how big their network really is, what was really going on behind the scenes, and how they game the Facebook system.

While my brother did settle his business disagreements in court with the two Rivero brothers at OD, they’ve still been paying him his dues behind the scenes.

My brother also started one of the largest pro-Palestine pages on Facebook called “I Acknowledge Apartheid Exists.” I was made an editor of this page but removed myself from it several years ago.

In 2016, my brother hosted and paid for the official Netroots Nation party under his Addicting Info LLC. If you’re not aware, Netroots is the “largest annual conference for progressives.” Top Democratic politicians routinely speak at their meetups every year.

YouTube (and many others) are sponsoring Netroots this year.

Here’s video I took on my smartphone at the time.

The New York Times neglected to do a much bigger story

Noticeably missing from my list is the Reverb Press page with over 816,000 followers. The New York Times wrote a story about Facebook taking down that page in 2018, but neglected to do simple research. If they had, they would have discovered that the real brains behind it had many more liberal pages left untouched (all the ones I’m mentioning in this article). Yes, my brother was also the money man behind the Reverb Press operation (Realy Media, LLC).

Of note: Why Facebook chose not to remove the rest of this liberal network is unknown to me, but what’s interesting is that I primarily was the one benefiting from the Reverb page at the time. When it was taken down, I was posting on it at least 7-8 times a day (and a score of other pages) with much success. I (and the rest of this network) would have been easy to spot, but Facebook didn’t pay any attention to me. I think I know of at least one reason why (read further). full story